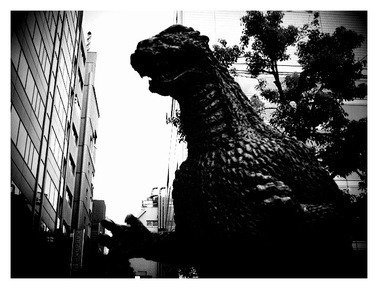 Andrew Linderman is a writer and storyteller based in Brooklyn, NY.  He teaches writing and storytelling at General Assembly and is a story coach with the community education program at The Moth, a Macarthur award-winning non-profit dedicated to the craft of storytelling.

In addition to teaching, Andrew is the executive producer of Local Stories, a monthly storytelling series featuring many of New York’s best writers, performers and comedians.  He is also the founder of the Story Source, a blog aimed at helping artists, business people and entrepreneurs tell compelling stories.  For more information, visit www.andrewlinderman.com.

Do you have what it takes to survive a 1000 ft-tall tsunami or an alien invasion? Do you think you could thrive in the harsh post-apocalyptic landscape of New York City? If you answered, "Yes", "No", or "Please don't bother me", then it's time to learn or brush up on your end-of-days survival skills.

In this class, I’ll take you on a journey into visions of New York’s demise as seen in movies and television shows from the 1920’s to the present. We’ll look at the do’s and don’t of surviving disasters in New York City, from threats both real (floods, earthquakes, foreign attacks, hurricanes, biological warfare) and, um, less real (Godzilla, ice age, alien invasion, futuristic dictators, roving gangs of leather clad hooligans, you get the idea). We’ll finally answer the decades old question:How much does Hollywood really know about destroying New York City?

In the end, I'll offer some practical tips from various emergency management professionals on how to survive (and even thrive!)in a harsh post-disaster environment. It’s a worst case scenario class. Or a best case scenario class. Either way, you’ll be prepared when Manhattan island is turned into a giant prison and Snake Plissken isn't around to save us.