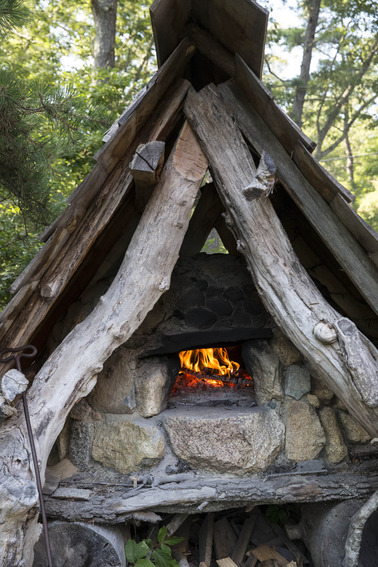 Paula Marcoux is a food historian who lives in Plymouth, Massachusetts; she has worked professionally as a cook, an archaeologist, and a bread-oven builder. She is the food editor of Edible South Shore magazine, writes on food history topics for popular and academic audiences, and consults with museums, film producers, and publishers. She also gives regular workshops on natural leavening, historic baking, and wood-fired cooking. Her website is www.themagnificentleaven.com.

The history of baking is remarkably weakly documented compared to that of other widespread human pursuits, like war, say, or religion. Chroniclers of the past seem never to have been captivated by the details that fascinate us bakers; archaeologists are typically just as negligent, rarely bothering to publish information on baking installations they come across in the course of excavation.

So when I was engaged in research on how the earliest European colonists in Atlantic North America supplied themselves with bread — their self-described most important food — I found it useful to compliment the paltry traditional sources with some hands-on building and baking trials of my own. This presentation tells the story of these ovens — starting with the documentary clues as to the nature and construction of the original ovens. Some of this research proved unexpectedly dramatic: one particular 1606 oven was pivotal in a strange international skirmish culminating in some super-dedicated bakers being shot through with arrows.

Copies of Paula's new book, Cooking with Fire, will be available for purchase at the talk. Paula will also be putting the lecture into practice with a class on Saturday, October 11 at the Old Stone House in Park Slope.