Architecture and Film - An Introduction 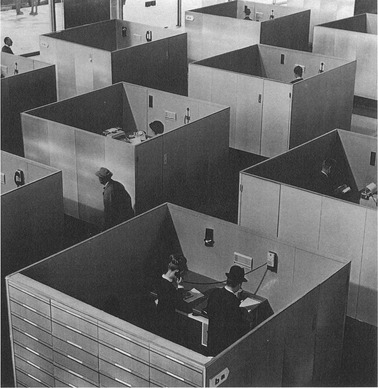 So, you are into Architecture like George Costanza, and you’ve seen more than one Jean Luc Goddard film. You can name at least one living architect whose name isn’t Frank Gehry, and maybe you watch the Oscars from start to finish every year. But have you ever thought about Architecture and Film the same way some people think about peanut butter and chocolate? Have you ever wondered how a film can behave like a building? Have you ever noticed the presence of an architect (real or imagined) in any film not called Inception?

This class is an Architecture and Film mash-up. We will try to define the ways that architecture influences film and how film influences architecture. We will explore the presence of an architectural hand in movies we’ve all seen. It will try to make you more aware of your built environments both in real life as well as when you go to the movies.

We will focus on the conceptual and real relationships inherent in architecture and film. Films such as Run Lola Run, Tango and Memento begin to explore the interplay between space and time, in strangely similar ways that Modern Architectural theory does. Movies such as Brazil, Playtime and Mon Oncle offer a critique of the modern built environment. Films such as Blade Runner and Contempt have such a strong architectural presence that the buildings in them almost become actual characters. And movies like Sleeper, Minority Report and Metropolis comment on Architecture with a “futurist” perspective.

Recommended but not required for the course would be to watch one of the above referenced movies before class with your best Architect’s hat on. During class, we will watch clips of various movies, discuss applicable articles and texts, and generally begin the discussion that is known as “Architecture and Film”.