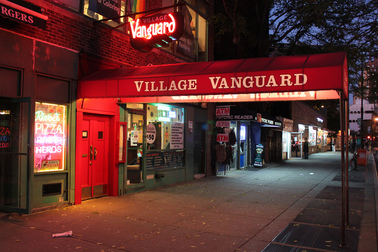 Tyler Gilmore is a composer, electronic musician, and recording engineer. He has recorded two albums with his ensemble Ninth and Lincoln, including Static Line featuring Cuong Vu. He has worked with Ted Reichman, Matt Wilson, Anthony Coleman, Ron Miles, Ken Filiano, John Fedchock, and many others. In addition, he has composed for projects with Small Dream Ada, vocalist Clare Wheeler, and Chav with Kevin Abdella. He won the 2009 ASCAP/Columbia College Commission in Honor of Hank Jones and won the ASCAP Young Jazz Composer’s Award in 2008, 2009, and 2010. His music has been reviewed in DownBeat and performed internationally by groups including Jon Faddis’s Chicago Jazz Ensemble, the New England Conservatory Jazz Composer’s Orchestra, Bobby Watson and The UMKC Concert Jazz Ensemble, The University of Northern Colorado Jazz Band I, The Playground Ensemble, The Henry Mancini Institute Overture Orchestra, and others. His work is published by UNC Jazz Press and Minor Ninth Music.

Exploring the world of jazz can be daunting. The music is often both complex and abstract, the venues are off the beaten path, and the press rarely covers it. In fact, New York is home to one of the most thriving jazz scenes in the world, and many of jazz's greatest historical happenings took place right here. This course will give students a first step in taking advantage of the local scene.

We will begin by breaking down the many abstractions of jazz and give students a pathway into the musical discussion that is happening on stage, and then explore jazz's colorful history. The class also provides an introduction to New York's current jazz scene and recommendations on where to start exploring.