A Short History of Lincoln and His Speeches, in Honor of His Upcoming Birthday 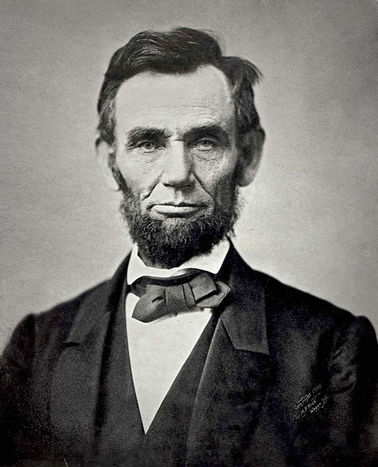 Lauren loves Dinosaurs, Lincoln, running, and the Internet. A Ruby programmer by day, she got her start writing piles upon piles of SQL. Even though Ruby on Rails gives her a much prettier interface, she still prefers to write her SQL directly, to keep things speedy and neat. Outside of her programming life, her favorite dinosaur is the Chasmosaurus (the namesake of the blog, "Love in the Time of Chasmosaurs"), followed closely by the Nigersaurus and Rugops. Every year, she celebrates Lincoln's birthday with civil war food, a top hat, and a toast. When not talking about Lincoln or Dinosaurs, she is an enthusiastic lover of the Internet, and enjoys (literally) running around the city and taking courses in anything and everything.

Perhaps recently popularized by the similarities with President Obama, Abraham Lincoln was also a junior congressman from Illinois when he was catapulted to the national stage by a collapse in the Whig party, the quick formation of the Republican party, and his vehement stance against the expansion of slavery.

As revered as he is, Lincoln's legend defines how we know him, rather than the man and his writings. Before Abraham Lincoln: Vampire Hunter comes out and taints our views forever, let's look back on the writings of an American hero, for whom the preservation of the Union meant everything.

This class will briefly cover Lincoln's upbringing and motivations to politics, and then look at the scope and evolution of Lincoln's writings, and how carefully he crafted the direction of a nation. From his 270 (arguably 268!) word Gettysburg Address, to the second inaugural, to the last known letter written before his assassination, Lincoln as a man and a leader underwent a powerful evolution, and set the stage for his legendary (vampire killing?) status today.

While we're at it, we'll toast to Lincoln's birthday and try out some Civil War era snacks.