150 Years in Hiding: The Story of a New Frog Species in NYC 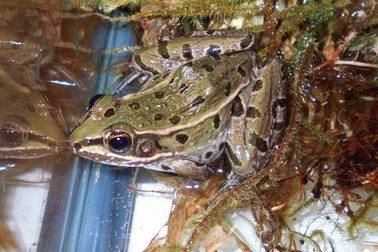 Jeremy Feinberg is a doctoral candidate at Rutgers University and a guest researcher at the Brookhaven National Laboratory. He has been spent his career focusing on amphibian and reptile ecology and conservation, mostly in the New York metro area. Jeremy is specifically interested in unraveling the reasons behind species declines and local extinctions and has been sharing the story of the new species discovery to academic and non-academic groups around the country for the past two years.

New York City is probably the last place you'd expect to find a new species of frog, but that's exactly what Jeremy Feinberg and a group of colleagues discovered in 2012.

This unexpected discovery is the first of its kind for a New York State amphibian since 1854 and has received worldwide attention from scientific and general-interest communities alike. In this talk, Jeremy will share his tale of two species – about the new frog and the look-alike species it was previously thought to be.

This class will cover the circumstances behind this ‘fortunate accident’ and examine key characteristics of the new species. We will also touch on conservation concerns and explore how a large, conspicuous vertebrate remained misidentified over several centuries despite occurring in and around one of the largest human population centers on earth.